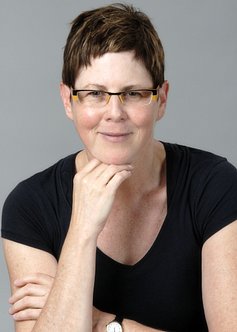 My latest book, published June 2017, is Miss Confederation: The Diary of Mercy Anne Coles. Miss Confederation is a story of Confederation and of women’s unheard voices. The Mercy Coles diary, though well-known to historians, has never been published before now. It is an important diary, not only to the story of Confederation, but also to how a young unmarried woman explored the world and her part in it at this changing and pivotal time in Canadian history.
Canada’s journey to Confederation kicked off with a bang — or rather, a circus, a Civil War (American), a small fortune’s worth of champagne, and a lot of making love in the old-fashioned sense (courting, that is).
Mercy Coles, the daughter of PEI delegate George Coles, kept a diary of the social happenings and political manoeuvrings as they affected her and her desires. A unique historical document, her diary is now being published for the first time, offering a window into the events that led to Canada’s creation, from a point of view that has long been neglected.

My novel, To the Edge of the Sea, in which Mercy Coles features as one of the characters, won the Saskatchewan Book Award for First Book (2012) and was First Alternate for the John Hicks Award. My play, Lullabies and Cautions, was showcased at the Spring Festival of New Plays, in 2016 and an excerpt from it premiered at the Short Cuts Play Festival in Saskatoon in 2014. “The Daughters of Confederation” was featured in Canada’s History Magazine (fall 2014). My short fiction has been nominated for the Journey Prize and has appeared in Descant Magazine, and the Society Journal. The prologue from To the Edge of the Sea aired nationally on CBC radio.
I studied at Second City, Humber College’s creative writing program, Sage Hill’s Fiction Workshop, the Sage Hill Poetry Colloquium and I have participated in numerous voice and theatre workshops. I teach theatre improvisation for Education students at the Gabriel Dumont Institute, and theatre classes for the Faculty of Media, Art, and Performance at the University of Regina. I also teach creative writing to a number of groups, from inner city youth, to newcomers to Canada, to participants in creative writing courses.  I also love to facilitate workshops for organizations interested in collaborative communication and creativity.

If you want to know more about me and my influences
I studied psychology, creativity, improv and finally creative writing. All these areas come together for me I find, when I'm writing. I love writing - and reading - books that are related to real historical figures and events. I love the researching and discovery of unusual connections, and the reading between the lines.
One of the things I love about writing is the exploration of the past – the interaction and impact the public and the personal have on each other. I also teach and study improv where the focus is on play, the principles of creativity and the discovery of one’s own uniqueness.
My play, Lullabies and Cautions: A Masque, further showcases my interest in the past and its connections to the present. Incorporating a variety of forms and finding drama in archival materials, the play explores the patriarchal formation of Canada and the fall-out from Confederation. It is an anniversary of Canada’s 150th birthday, not a celebration.
Non-traditional in form and interactive, this full-length play with seven actors, is based in historical fact. The play functions as a call to action for what we want for the future of ourselves, our communities and our country. Using archival material, choral work, poetry, dance and music the play explores our roots from Confederation to the present and how our personal histories intertwine with the political. It examines the patriarchal nature of the formation of the government and society then and now which leads to the dismissal of females, from Mercy Coles in 1864, to the current state of affairs where cases of missing and murdered Indigenous women and girls are still ignored.

Saskatchewan Book Award Judges comments on To the Edge of the Sea: Joan Barfoot, Katherine Gordon, Christine Cowley
In the mid-19th century, three young Prince Edward Islanders explore their disparate futures at home and away, in a debut novel that is lyrical and precise in its descriptions of land, sea and people, and powerful in its accounts of both personal and political histories of the province and country.

Hicks Award First Alternate
(for unpublished, book length fiction manuscript for The Coincidence of Water and Air, original title for To the Edge of the Sea)
“The narrative line of “The Coincidence of Water and Air” runs straight through the formation of Canada, through the lives of key political figures and of ordinary Prince Edward Islanders, evoking a period of tumultuous change.”
Sara O’Leary

“Writ large, the country takes shape beneath a nurturing hand. We’re given Sir John A and the people of a ground breaking time. We’re given writing that is evocative, genuine and eye-opening. … A worthy chair by the fire sort of read.”
Richard Wagamese