Goodreads reviews for To the Edge of the Sea 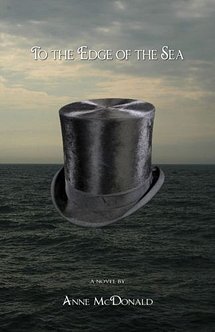 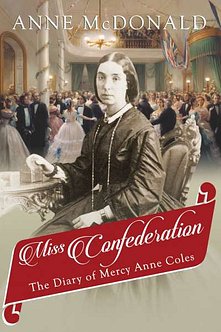 To the Edge of the Sea

Reviews and news in my blog

Goodreads Reviews for To the Edge of the Sea

A young woman whose brief journal entries could be the 1860s equivalent of a Facebook status is giving modern-day readers an unpolished glimpse of the real-life happenings behind Canada's Confederation, thanks to a Saskatchewan author.

"All the Maritime delegates took along their unmarried single daughters, basically to woo them off, and Mercy kept that diary of that trip and it's never, ever been published until now," said McDonald in an interview with CBC Radio's Saskatchewan Weekend.

McDonald was fascinated by the entries, which she said provided a rare unpolished view of a time that is now shrouded in legend.

"It doesn't have the veneer and the gloss that time creates because now those events and those men are just legends or myths or infamous, and they're two-dimensional," said McDonald.

"Because it's live and at the time, it's like you were right there.”

"Women's voices are still unheard and the fact that this diary is being published 150 years later just speaks complete volumes about what we think is important."

Canada’s 150 Year celebrations have sparked a renewed interest in the life and times of Canadian Confederation. Yet the classic history books written by the giants in the field, University of Toronto’s Donald Creighton and Dalhousie University’s Peter B. Waite, depict what was essentially a man’s world. That is, one populated by Fathers of Confederation dominated by fierce whiskey-fueled parliamentary debates and backroom deals, hatched in smoke-filled parlours.

Writing women into the story of Confederation is not without its challenges. ... Bringing Mercy Coles’ Confederation diary to a wider audience is a feat worth celebrating and Anne McDonald, Regina-based writer and playwright, brings a novelist’s flair to the whole project. She beckons readers with an invitation to “pour yourselves a bumper or two (or more) of champagne, have your booster for diphtheria, and come along on the Confederation ride.” ...

McDonald’s Miss Confederation appears, at first glance, to be a breezy popular history of Confederation times. It is, in fact, an impeccably researched and well-documented book. The author sets the stage well for presenting Mercy Coles’s diary and artfully utilizes many excerpts woven together with a pleasant, inviting and engaging narrative. ...

McDonald’s finely crafted and nuanced history book rises above the crescendo of flag-waving nationalism. It adds a completely new dimension to our nation-making experience — a unique woman’s perspective which will stand the test of time.

The diary has been a historical source at least since Donald Creighton quoted from it in the early 1960s. This is the first publication of the complete diary: Charlottetown to Quebec on to Montreal and across Canada West to Toronto and Niagara Falls, and including the long trip home via the war-torn United States. Regina-based playwright and novelist Anne McDonald gets beyond the glimpses the diary offers of leading politicians.  She gives the whole text a close and sensitive reading of the perspective of a young, marriageable women whose politician father gives her entree to the social and political circles around the Quebec conference.

But you don't have to believe this blog when I say good things about it. You can read the introduction to Miss Confederation by some guy called Christopher Moore. Better still, read the whole thing.